“INVISIBLE EMIGRANTS. Spaniards in the US (1868–1945)” showcases a selection of the photographic archive brought together over more than a decade by the researchers and curators Luis Argeo and James D. Fernández from the family albums of hundreds of descendants of Spaniards who emigrated to the United States. 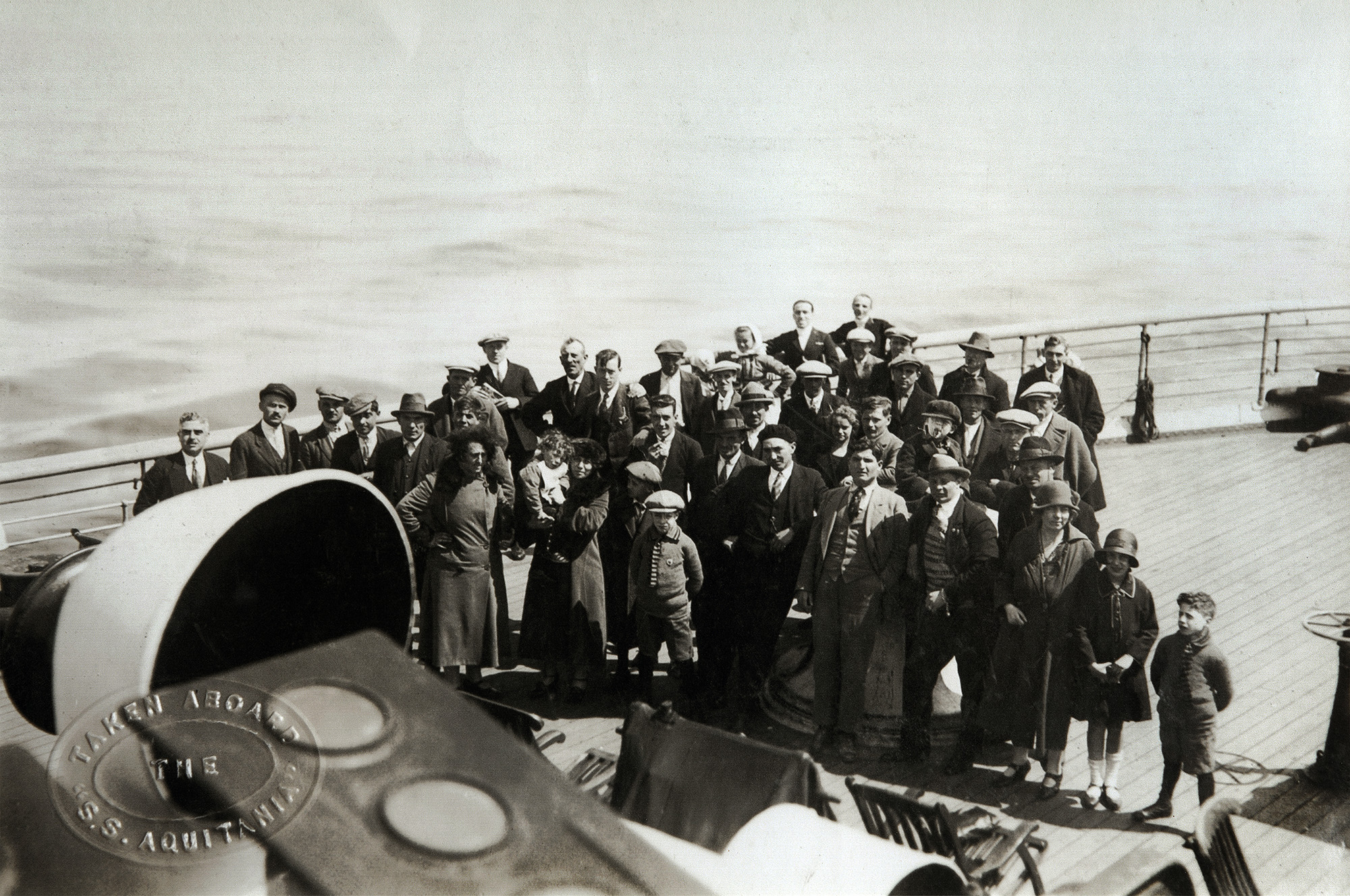 «My grandfather Adolfo is in the center, wearing a black hat. He arrived in 1926 and worked as a boilerman in Newark, New Jersey. In four years, he had saved enough to buy a house and land in Galicia.» Joe Losada

The exhibition is divided into six chapters inspired by the typical journey the emigrants would have taken. To tell the story of this journey, the curators have selected more than 200 digitized archives and 125 original prints from over 15,000 images, as well as home movies, and various documents, objects and mementos, from the family albums of hundreds of Spanish descendants.

Built around these chapters, the exhibition brings together the anonymous stories of the tens of thousands of determined workers from all over Spain who settled in the United States. They worked in the kitchens and dining rooms of many a restaurant, shoveled coal in power stations, built skyscrapers, paved streets, set up small businesses and worked their fingers to the bone in their efforts to prosper.

Find out more about the different editions and stages of the project here. 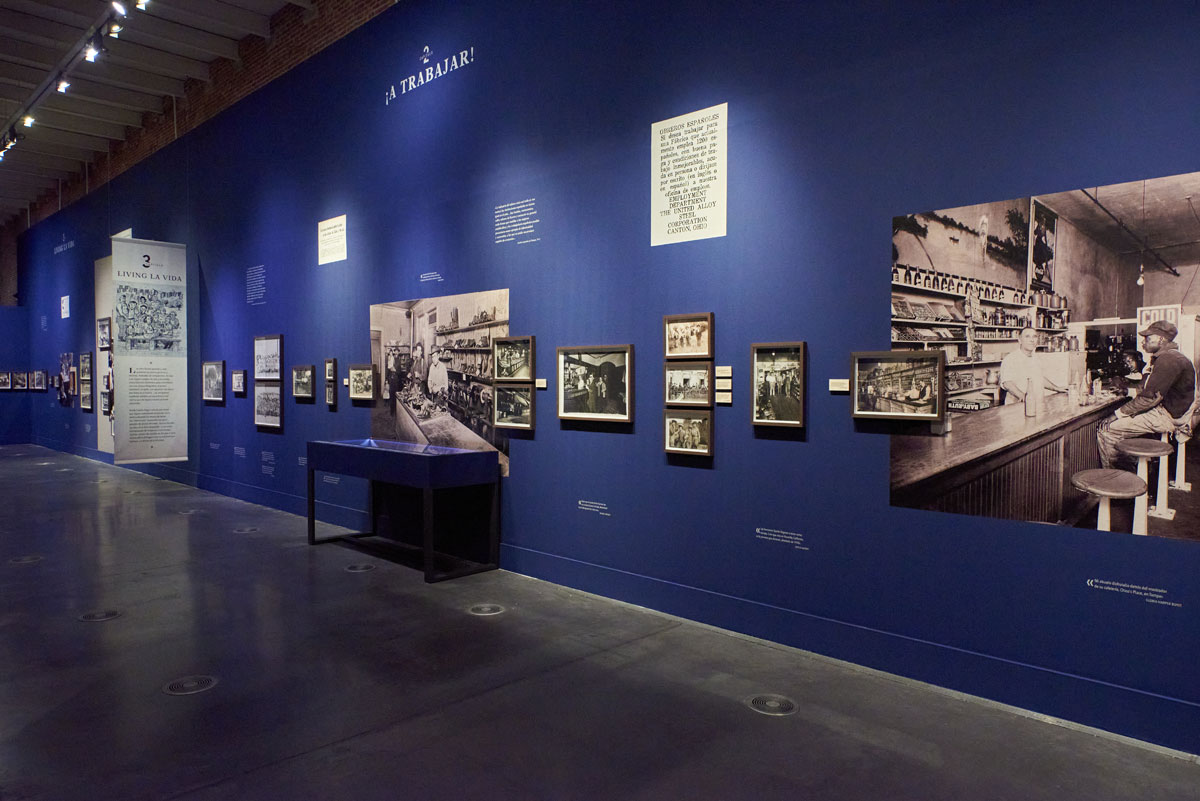 The exhibition design was coordinated by the photographer, editor, and writer Paco Gómez. The illustrator Alfonso Zapico designed opening panels for each chapter of the exhibition. Furthermore, one of the must-see parts of the exhibition is the video mapping designed by Cynthia González, which creates a visual depiction of the emigrants’ journeys. The exhibition culminates with a film screening that pays tribute to all those who kept the materials on display all these years in their homes and documents the journey that Fernández and Argeo undertook to find them. 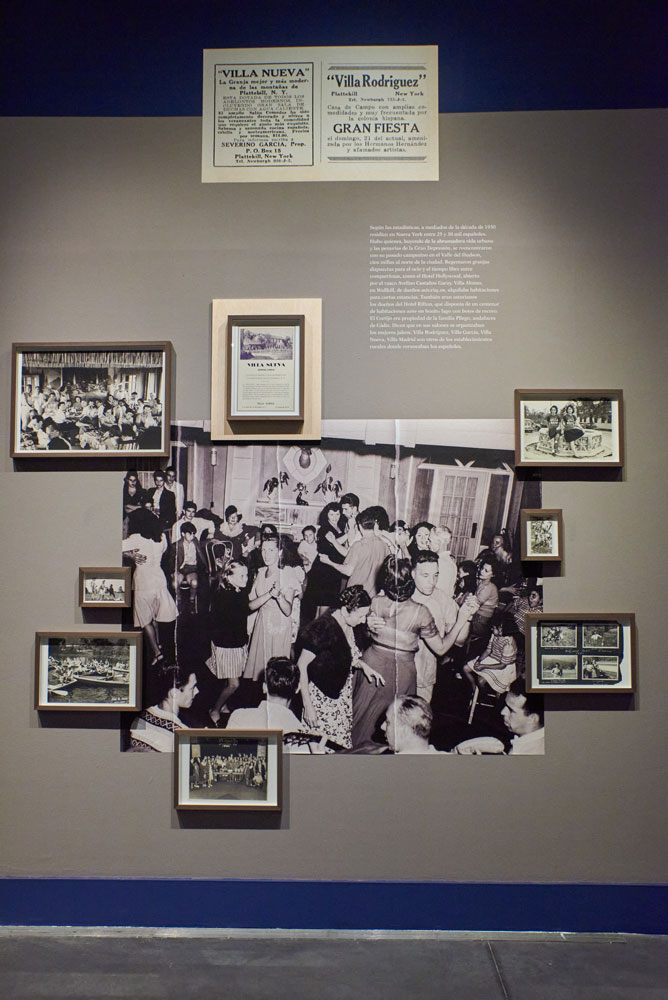 The exhibition has only been possible thanks to the generous contributions of descendants and relatives of the emigrants who donated the treasured photographs, objects and images which had been lying in wait for decades in their attics. To the more than 45 families from across the United States and Spain, thank you for providing the heart of this project. 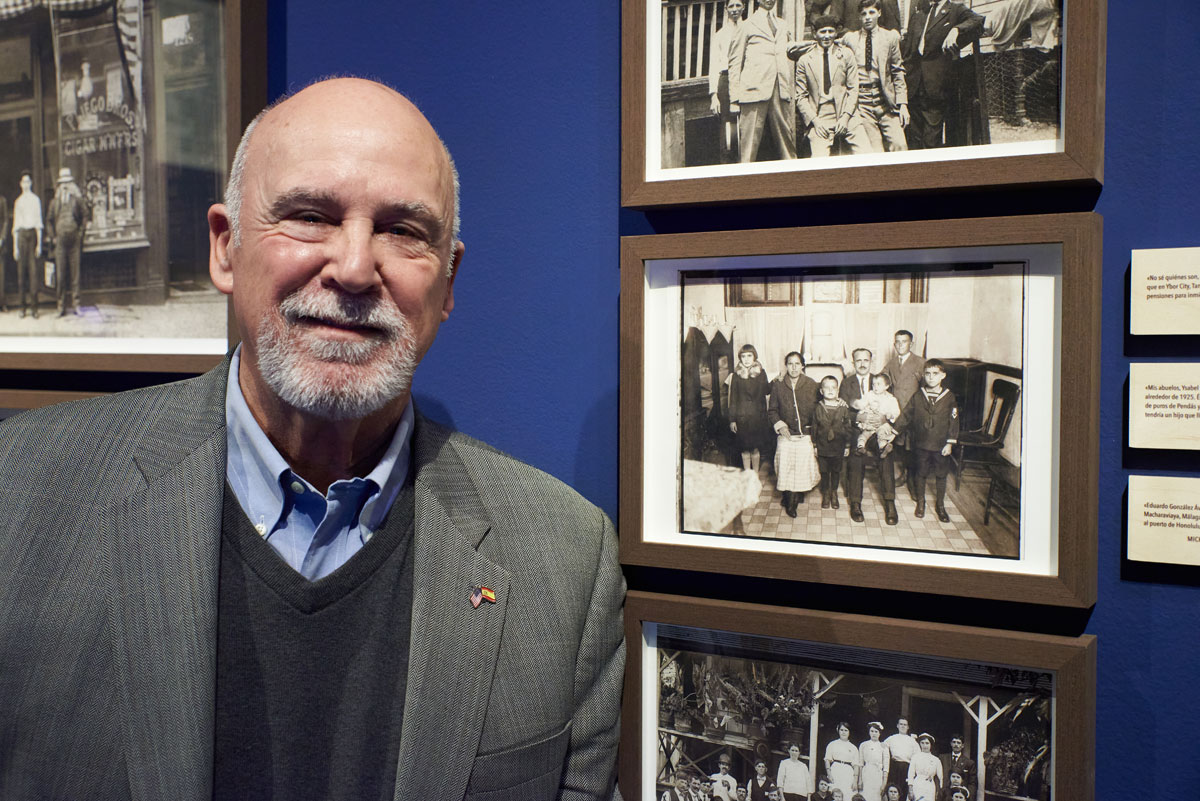 Anthony Carreño, Director of the Centro Español de Tampa (Florida), poses next to the photograph of his relatives that he donated to the exhibition.
Photo: Juan de la Fuente.